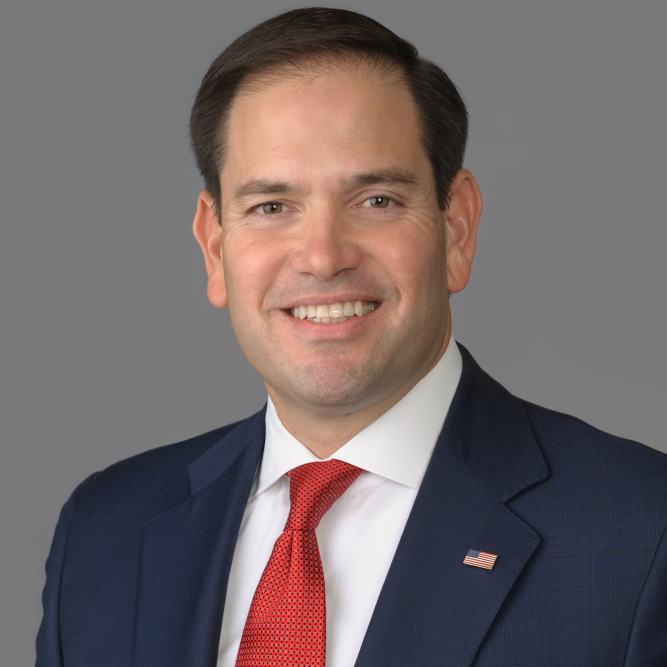 When Marco Rubio was first elected to the United States Senate in 2010, he set one objective for himself while in office: to help bring the American Dream back into reach of those who feel it is slipping away. That’s the goal line Senator Rubio strives toward with each new legislative effort, and it’s the measure he uses to keep score.

Senator Rubio is passionate about the American Dream because he’s lived it himself. His parents came to America from Cuba in 1956 and earned their way to the middle class by working humble jobs. Through their loving and powerful example, he learned the importance of work and family, and came to realize that all things are possible in America. Now more than three years into his second term, he continues that important work to make the American Dream achievable for all.

Senator Rubio is Chairman of the Senate Committee on Small Business and Entrepreneurship, where he has advocated modernizing and reforming the federal government’s programs to help small businesses thrive in the 21st-century economy.

As a member of the Senate Foreign Relations Committee and as Chairman of the Subcommittee on Western Hemisphere, Transnational Crime, Civilian Security, Democracy, Human Rights, and Global Women’s Issue, Senator Rubio continues to fight for human rights and to uphold democracy around the globe.

Senator Rubio is also Acting Chairman of the Senate Select Committee on Intelligence, where he provides oversight over the U.S. government’s Intelligence Community and national security apparatus.

Additionally, Senator Rubio is a member of the powerful Senate Appropriations Committee, which is responsible for allocating funding for the federal government.

Senator Rubio has spent most of his life in West Miami and lives there today with his wife Jeanette and their four children.