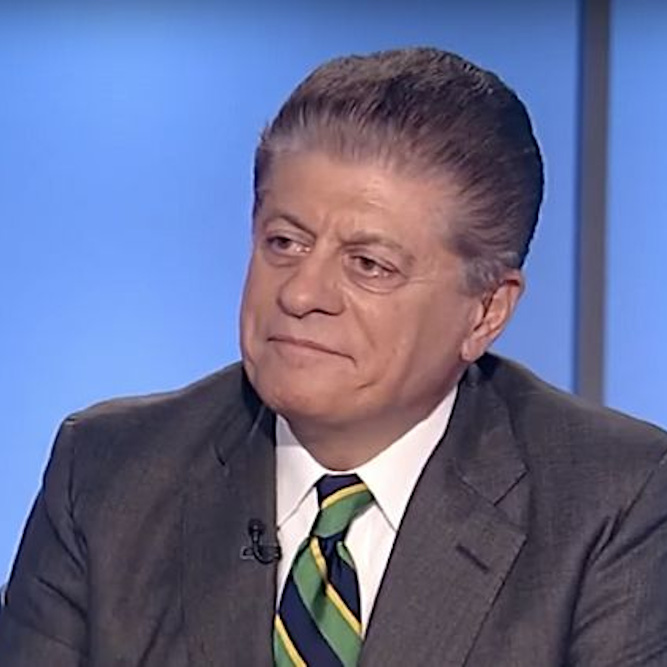 Judge Andrew P. Napolitano is a graduate of Princeton University and the University of Notre Dame Law School. He is the youngest life-tenured Superior Court judge in the history of the State of New Jersey. He sat on the bench from 1987 to 1995, when he presided over more than 150 jury trials and thousands of motions, sentencings, and hearings. Judge Napolitano taught constitutional law and jurisprudence at Delaware Law School for two years and at Seton Hall Law School for 11 years. He was often chosen by the students as their most outstanding professor. He returned to private practice in 1995, and began television work in the same year.

As Fox News’ Senior Judicial Analyst since 1998, Judge Napolitano broadcasts nationwide on the Fox News Channel throughout the day, Monday through Friday. He is nationally known for watching and reporting on the government as it takes liberty and property.

Judge Napolitano lectures nationally on the U.S. Constitution, the rule of law, civil liberties in wartime, and human freedom. He has been published in the New York Times, the Wall Street Journal, the Los Angeles Times, and numerous other publications. His weekly newspaper column is seen by millions every week.

The Judge is the author of seven books on the U.S. Constitution, two of which have been New York Times best sellers. His most recent book is Theodore and Woodrow: How Two American Presidents Destroyed Constitutional Freedom.