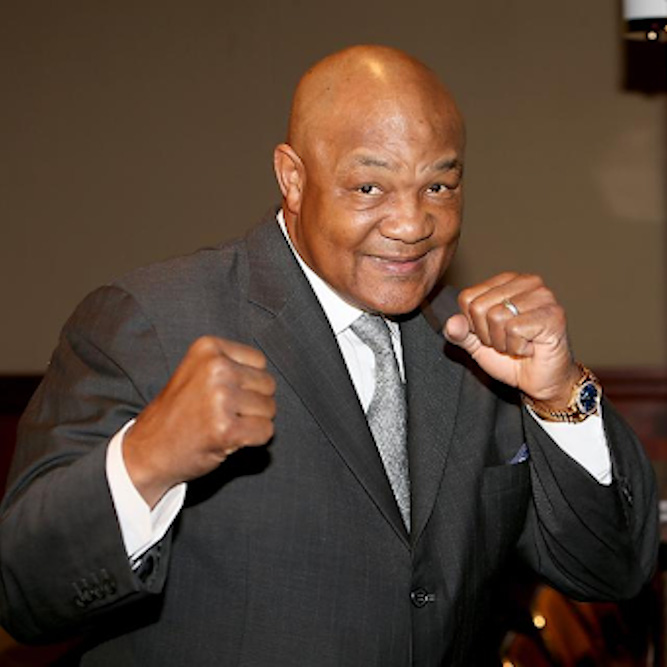 He’s one of the most recognizable faces in the world. A world heavyweight champion. The force behind one of the biggest and most successful brands. A transformative personality who has been knocked down, but not out, only to rise again in his life

There are few people who have re-invented themselves more effectively and with more passion. Rising up from a hardscrabble youth to become a champion, only to lose it all, Foreman knows the power of getting a second and even third chance in life. He went from broke and disheartened to fight again, becoming the oldest heavyweight champion in the history of boxing. He ventured on to become the wildly successful businessman behind the George Foreman Grill, a best-selling author, preacher, and motivator.

With his universal appeal and charisma, Foreman shares amusing anecdotes of his empowering personal journey. He rallies everyone and anyone who has ever been knocked down by life to fight back for a chance to achieve success and fulfillment. Both inspiring and humorous, he says, “Make every day of your life your best one. Take on the challenges and go from low on the totem pole to the top. If I can do it, then anyone can.”