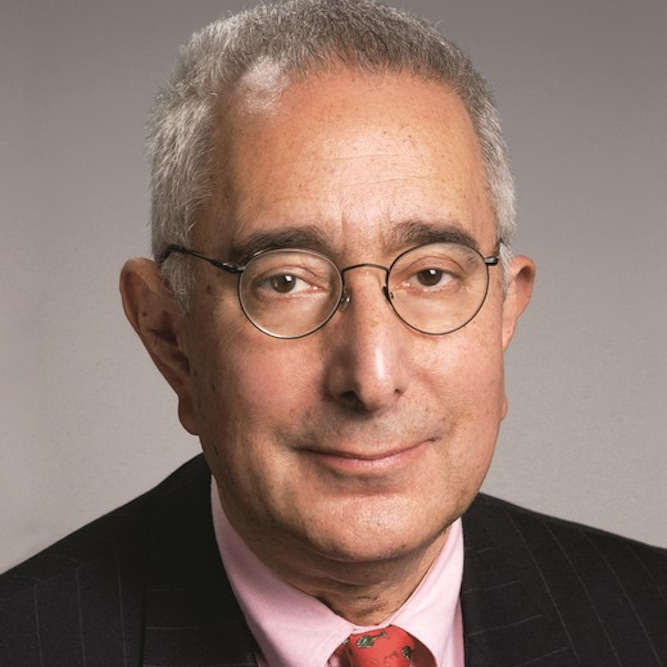 Ben Stein has had what may be the most diverse career of anyone now on the national scene. He is in every sense a Renaissance Man. He has been an award winning actor, economist, writer, journalist, and teacher, and is equally well known in America’s board rooms and in America’s dormitories and fraternity houses. He is certainly the only man to be a famous humorous teacher about economics and law.

Ben Stein was born in Washington D.C., the son of noted economist and writer Herbert Stein. He attended Montgomery Blair High School in Silver Spring, Maryland, where he studied alongside future luminaries Sly Stallone, Carl Berstein, Goldie Hawn, and Connie Chung. He received a B.A. with honors from Economics of Columbia, where he was active in the civil rights movement to secure voting and other legal rights for African-Americans. He was valedictorian of his class, by election of his classmates, at Yale Law School class of 1970, where he also worked strenuously part time as a poverty lawyer and as an activist and demonstrator for civil rights and decent treatment of the poor. He also attended the graduate school of economics at Yale.

After graduation, he served as a poverty lawyer in the field of advertising, and a teacher about the political content of the film and TV at American University, UC Santa Cruz and Pepperdine. Stein has worked as an economist at The Department of Commerce. He was a speech writer and lawyer for Presidents Richard Nixon and Gerald Ford. He also did legal work for Mr. Nixon, in the darkest days of Watergate. He is not, repeat not, Deep Throat.

He was a columnist for the Wall Street Journal and also wrote editorials for the Journal. In June of 1976, he moved to Hollywood to become a novelist, TV sitcom writer, and movie script writer. He has written and published 30 books, seven fiction and the rest nonfiction. His diary of his first year in Hollywood, DREEMZ, was called “stunning” by the New York Times. His novel Ludes, about a drug and money addiction in Los Angeles, was made into the movie “The Boost” with James Woods and Sean Young. He has also written many screen plays, some of which were actually made into movies. Most of his books are about Hollywood and mass culture, but some are self help, and some are about finance. He labored especially hard on a decade long project of exposing financial fraud and the self dealing at large companies. His work on the Milken/Drexel junk bond scheme was instrumental in the recovery of billions for investors and tax payers.

Stein has also taught about law and economics and securities law at Pepperdine Law School for many years and has served as an expert witness in many securities law cases.

In 1986, with no professional training, Stein became an instant cult hero for his role as the boring economics teacher in Ferris Bueller’s Day Off, which scene was directly voted one of the fifty funniest scenes in American film history. After that, Stein went onto be a recurring character in Charles in Charge, and then The Wonder Years, and then in 1997, began his long running hit quiz show, Win Ben Stein’s Money. The show won seven Emmies and Stein has won one for best game show host. In all, his show has been nominated for 17 Emmies.

Ben Stein writes regularly for E-Online and The American Spectator and over his life has been a columnist for New York Magazine, Los Angeles Magazine, Barrons, and many other magazines.

Stein lives with his beloved wife, Alexandra Denman, in Beverly Hills, California. He is active in pro-animal and pro-life charitable events.