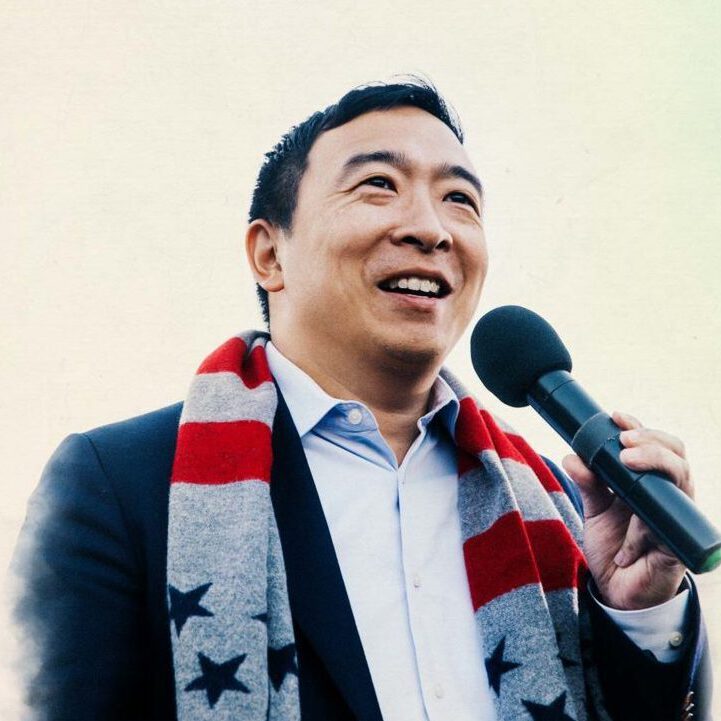 After working as a lawyer and executive at several early-stage technology companies, Andrew eventually became CEO of an education company that became #1 in the country. He then started a national entrepreneurship non-profit, Venture for America, which worked to empower thousands of young entrepreneurs to bring their dynamism to communities across the country, from New Orleans and Baltimore to Denver and Detroit.

Andrew was named a Presidential Ambassador of Entrepreneurship by the White House under the Obama administration and a Champion of Change for his work with Venture for America. Initially dubbed a “longer than long shot” candidate by the New York Times in 2018, Andrew became a top-tier contender for the presidency, raising nearly $40 million in grassroots funding.

With a vision to rewrite the rules of the United States economy through a “Freedom Dividend” of $1,000 a month for every American adult, Andrew became one of the most exciting stories in the 2020 race. Andrew’s nationwide support, known as the “Yang Gang,” propelled him to seven Democratic primary debates, outlasting six senators, four governors, three members of congress, two mayors, and one secretary.

From his presidential and New York mayoral runs, Andrew has seen first-hand what’s preventing our country from getting things done, and he is now directing his energies towards fixing the machinery of our stagnant democracy. With Forward – Notes on the Future of Our Democracy, Andrew lays out the case for a variety of democracy reform measures that can unclog the pipes of our system and realign the incentives of legislators with the wellbeing of the American people.